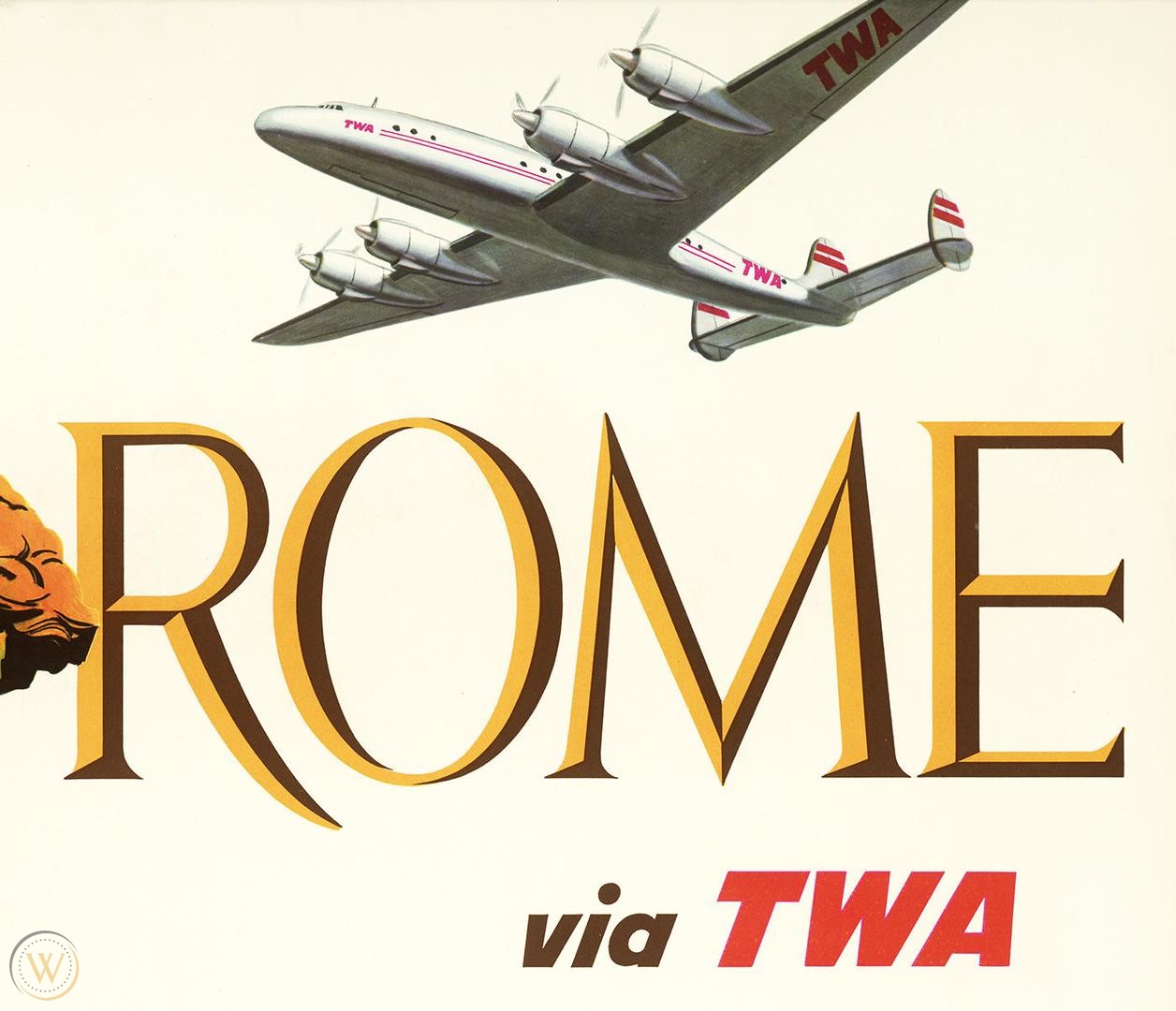 Over the past few years, the Italian Legislator has introduced a series of regulations with the aim of attracting human capital to Italy.

Specifically, tax relief rules have been introduced to favor the transfer to Italy of individuals who produce income abroad, of workers who start a work activity carried out mainly in Italy, and of those who are holders of retirement income from foreign sources and residents abroad who transfer their residence to a region of the Southern part of Italy.

The next paragraphs will describe these three cases.

This rule guarantees to inpatriate workers (the characteristics of which are outlined below) a regime through which income from employment, income similar to employment, income from self-employment and business income produced in Italy contribute to the formation of the total income up to a limit of 30% of the amount for five years. In the event that the requisites to renew the option exist, the aforementioned income participates in the formation of the tax base within the limit of 50% of their amount. These limits are further reduced, up to 10% of the indicated income, when the inpatriate worker has three dependent minor children, or if he or she moves to one of the southern regions of Italy (Abruzzo, Basilicata, Calabria, Campania, Molise, Puglia, Sardinia and Sicily).

This benefit is reserved for those who fall within the definition of inpatriate worker under the law. Namely, this definition encompasses the following individuals:

Italian citizens who are not registered in the Registry of Italians Resident Abroad (AIRE), and who have returned to Italy, can also access the facilitated regime, if they have resided in a State in which a double taxation agreement with Italy is in force.

After this clarification on the subjective requirements to access the subsidized regime, it seems appropriate to outline the duration of validity of the regime equal to five years. This term can be extended by further five years (with simultaneous reduction of the benefit, increasing the competition of the aforementioned income to the tax base, from 30% to 50%) if the applicant has a dependent minor child, or if he or she purchases a residential property in the territory of Italy (even if the purchase is made by the spouse or a son or daughter).

It is worth noting that the aforementioned is the tax regime applicable to individuals who transfer their tax residence starting from 2020. This rule is more convenient compared to the rule for individuals who moved before 2020, as described in the following table: 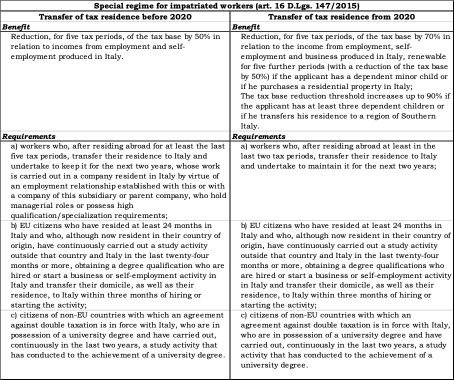 A special mention should be made for professional sportsmen, whose income is always 50% tax-free provided that they pay a contribution equal to 0.5% of their taxable amount. This rule is meant to strengthen the younger sectors.

This measure offers, to individuals who have transferred their tax residence to Italy, the substitution tax for income produced abroad, with the exception of capital gains from the sale of qualified shareholdings. This substitute tax assumes the lump sum value of 100,000.00 euros per year, to be paid in a single solution.

Relatives who move to Italy together with the applicant (spouse, children, parents, son-in-law and daughter-in-law, in-laws or siblings) can also access the scheme. For each relative who decides to make use of the option, the value of the substitute tax is equal to 25,000.00 euros per year, to be paid in a single solution.

The applicant can also indicate, as well as the relatives who use it, to set aside the option with reference to income produced in one or more specific foreign countries. Therefore, the ordinary tax regime applies to such income.

The basic requirement to access this option is not to have been resident in Italy for at least nine of the ten years prior to exercising the option. In any case, to benefit from this privilege, it is necessary to submit a petition to the Revenue Agency, which will give an opinion about the specific position, legitimizing or not the substitution of the applicant’s income.

The option has a maximum duration of fifteen tax periods, and in any case is revocable in advance. This is also considered forfeited in the event that the substitute tax is not paid, or is only partially paid, within the established terms. In the event that the applicant does not pay the tax, the option will lapse for himself and his family. Otherwise, if the omission is attributable to one of the family members, the option will lapse only in relation to the latter, remaining valid for all other members of the family who used it.

Finally, this measure concerns recipients of retirement income from foreign sources who, as in the case referred to in the previous point, can make use of a substitute tax, in this case determined as a tax rate set at 7%, on the income produced foreign countries of any category.

The applicant can indicate to set aside the substitute tax in relation to income produced in specific foreign countries and, in this case, the ordinary tax regime for said income will be applied.

The requirement to access the facility is the transfer of residence from abroad to a municipality with less than 20,000 inhabitants located in a region of the South of Italy (Abruzzo, Basilicata, Calabria, Campania, Molise, Puglia, Sardinia, Sicily), or in a municipality with less than 3,000 inhabitants, among those affected by the earthquake in Central Italy in 2016 and 2017.

Furthermore, the applicant must not have resided in Italy in the five years preceding those of submitting the application and the previous residence must be in a country with which administrative cooperation agreements are in force.

The option remains valid for ten tax periods, and is always revocable by the taxpayer. The payment of the substitute tax is to be made in a single solution, and the failure or partial payment determines the termination of the option, unless the payment is made within the term of payment of the balance relating to the tax period subsequent to that in which the omission occurred.

This website uses cookies to improve your experience while you navigate through the website. Out of these, the cookies that are categorized as necessary are stored on your browser as they are essential for the working of basic functionalities of the website. We also use third-party cookies that help us analyze and understand how you use this website. These cookies will be stored in your browser only with your consent. You also have the option to opt-out of these cookies. But opting out of some of these cookies may affect your browsing experience.
Necessary Always Enabled
Necessary cookies are absolutely essential for the website to function properly. This category only includes cookies that ensures basic functionalities and security features of the website. These cookies do not store any personal information.
Non-necessary
Any cookies that may not be particularly necessary for the website to function and is used specifically to collect user personal data via analytics, ads, other embedded contents are termed as non-necessary cookies. It is mandatory to procure user consent prior to running these cookies on your website.
SAVE & ACCEPT